The Topkapı Palace (Turkish: Topkapı Sarayı or in Ottoman Turkish: طوپقپو سرايى‎, Ṭopḳapu Sarāyı), or the Seraglio, is a large museum in Istanbul, Turkey

Save to WishlistThe Topkapı Palace is one of Istanbul’s most iconic historic structures and museums that captures the endless admiring gaze of visitors every year due to its downright opulence. A truly magnificent reminder of the former might and pomp of the Ottoman Empire, the palace, which is now a museum, has a history that dates back to the 15th century.

The Topkapı Palace (or the Topkapı Sarayı, as it is known in Turkish) once served as the main residence and administrative headquarters of the powerful sultans of the Ottoman Empire during the 15th century. Commissioned by Mehmed the Conqueror himself, the palace’s construction began in 1459, six years after the conquest of Constantinople by the Ottomans. Due to the presence of the former palace in Beyazıt Square, the Topkapı Palace was first called Yeni Saray (the New Palace) but its name was changed in the 19th century to Topkapı, which translates to Cannon Gate. After its initial construction, the palace continued to be renovated and expanded throughout the centuries, especially due to natural disasters that often took their toll on buildings during those times, most notably, the earthquake of 1509 and the fire of 1665. 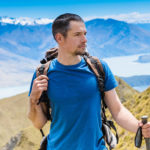